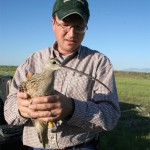 Every year, birds that utilize Great Salt Lake fly thousands of miles on their journeys to wintering grounds in Central and South America; only to return a few months later to breeding sites here in western North America.  These epic migrations connect all of us as they cross time-zones, borders, and cultures.  It is estimated that 19% of all bird species make regular cyclical movements from their breeding ranges to wintering sites.  Many of the 340 species of Neotropical migrants are in rapid population decline; including 80% of shorebird species.  Much of the efforts and resources have typically been concentrated on conserving breeding habitats in the north, where pressures are certainly acute.  However, it has long been suspected that migrants are failing to return to breed here in North America.  Much of this is due to the destruction of habitat as well as other sources of mortality on their wintering areas.

Coordinated and integrated conservation efforts that span entire flyways for migratory birds are important in order to stem these population declines.  Not only is it essential that key habitats throughout the Americas are conserved, but it is also critical that communities become educated and engaged in the process.  This presentation will examine the important aspects and progress made through community-based conservation efforts that effectively bring together science, education and public-policy.

John F. Cavitt is a Presidential Distinguished Professor of Zoology, and Director for the Office of Undergraduate Research at Weber State University. He received his B.S. and M.S. degrees from Illinois State University and a Ph.D. from Kansas State University where his research focused on the conservation of tallgrass prairie birds. Following his Ph.D., John completed post-doctoral research at the University of Montana where he examined the consequences of forest fragmentation on western bird populations. 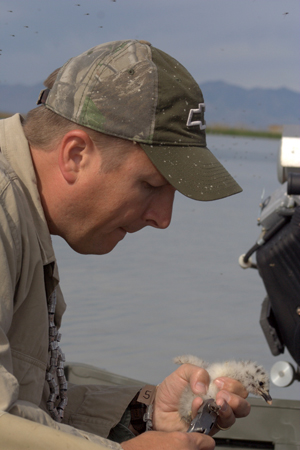 Since arriving at Weber State, John Cavitt’s research has centered on the ecology and conservation of birds utilizing the Great Salt Lake Ecosystem. He and his students have worked to connect research and scholarship to public policy questions and international conservation initiatives.

His research has examined the diets of shorebirds and waterfowl, the effects of selenium and mercury on avian reproduction, and the productivity of aquatic birds breeding at GSL. John and his students have coordinated large-scale efforts to census bird populations including Snowy Plover at Great Salt Lake as well as a state-wide survey of breeding colonial waterbirds. In an effort to enhance the capacity for conservation and research in the neotropics, John developed and continues to coordinate an ornithological research training program for Latin American students each summer. John Cavitt also serves as a Councilor, for the Association of Field Ornithologist where he Chairs the Latin American outreach committee.