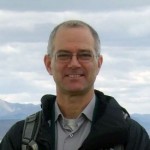 The Dead Sea, one of the most saline lakes in the world (TDS≈280 gr/kg; density≈1.240 gr/cc; elevation -425 m below mean sea level) is the latest of a series of lakes that existed in the Dead Sea Rift valley since seawater first transgressed into the valley and formed the Sedom lagoon in the late Neogene. The unique Ca-chloride composition of these lakes evolved through seawater evaporation, salt precipitation, water rock interaction and freshwater inflow. The Dead Sea came into existence in the early Holocene after the desiccation of its precursor, Lake Lisan in the late Pleistocene. Since then, its water level has been fluctuating in response to climatic changes. However, as of the middle of the 20th century, the Dead Sea experiences a negative water balance which is mainly due to the diversion of water from its catchment area, as well as to the industrial activities of the chemical plants at its southern basin. Here large evaporation ponds further concentrate the Dead Sea brine, leading to the precipitation of halite and carnallite (KMg·3H20) from which potash is produced.

Over the last decade, the rate of water level decline exceeds 1 m/yr, and since the middle of the 20th century water level has dropped by nearly 30 m. This decline has resulted in the drying of the Dead Sea southern basin, overturn of the water column which was meromictic for at least 400 years, onset of halite precipitation, retreat of shorelines and exposure of large mudflats, subsidence and development of sinkholes along its shore, collapse of the surrounding infrastructure and cessation of all planning and development in the region. Limnological modelling which tracks the heat and mass balances, salt precipitation and accumulation, and the changing chemical composition indicate that under current climatological and hydrological conditions and industrial activity, lake level will continue to decline over the coming decades at a similar rate. Furthermore, even if the industries cease pumping brines from the northern basin, water level will stabilize at an elevation of nearly 100 meters below current level. This will occur in >200 years, once surface area has decreased to about 80% of current area, when equilibrium between evaporation and inflows has been established.

Discussions are being held between Israel Jordan and the Palestinian Authority (“the beneficiary parties”), to pipe water from the Red Sea to the Dead Sea in order to stop the decline in water level, while utilizing the >400 meter elevation difference between the Seas to desalinize seawater. For this end, a feasibility study looking into the impact of such a project on the Dead Sea was recently submitted to the World Bank. This study charted the physical, chemical and biological impact of mixing seawater or reject brine on the evolution of the Dead Sea. The study concluded that as long as the chemical industries pump brine from the Dead Sea, stabilizing the Dead Sea water level will lead to stratification of the water column. Furthermore, the density of the upper mixed layer will decrease with time, and its composition will change towards that of seawater. Halite precipitation will cease while gypsum will precipitate instead, though at a volume that is two orders of magnitude smaller. Co-precipitation of phosphate with the gypsum will remove and deplete the mixture from this limiting nutrient, thereby curbing possible biological blooming. The study therefore recommended that if the project will be agreed upon, its implementation should be carried out in stages, starting off with a pilot at a volume <400 million cubic meters (MCM)/yr , i.e. less than 25% of the initial plans. This is the maximum annual volume which the model indicates will not lead to stratification, and the impact on the Dead Sea limnology will remain relatively small. If larger inflow volumes are envisioned, they will need to be added carefully while monitoring the response of the Dead Sea to the dilution of its upper mixed layer.

Ittai Gavrieli earned his MS and Ph.D. in geochemistry from the Institute of EarthSciences, The Hebrew University of Jerusalem. He is with the Geological Survey ofIsrael since 1992 and was also an Adjunct Associate Research Scientist at LamontDoherty Earth Observatory between 1999 and 2005. His studies focus mainly on theevolution of brines and on groundwater pollution. Since 1992, Ittai has coordinatedthe Dead Sea studies in the Ministry of Infrastructure. Following the reneweddiscussions about constructing the “Peach Conduit” in the early 2000s, he initiatedand is engaged in formulating a model for the Dead Sea that would simulate theimpacts of the project on the physical, chemical and biological characteristics of theDead Sea.