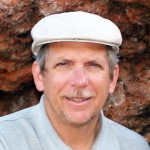 Salt lakes are widespread throughout the arid and sub-arid regions of the world and are key components of a diverse array of ecosystems of considerable economic and ecological value. Overall they constitute ~45% of the volume of inland waters. In many of these areas they are the dominant aquatic habitat and vital to large nesting and migratory bird populations. Predicted global climate change will markedly affect salt lakes throughout the world and complicate their conservation and management. However, the overwhelming threat to most permanent salt lakes is the ever-increasing demand for fresh water due to increasing economic development, human population, and irrigated agriculture. In the Western Great Basin, the Endangered Species Act, the Clean Air Act, Public Trust Doctrine, and work of local and national environmental advocacy groups have all been instrumental in protecting, mitigating, and partially restoring Pyramid, Owens, Walker, and Mono lakes. At other large salt lakes (e.g. Aral Sea, Salton Sea, Dead Sea) large scale engineering projects have been proposed to conserve the most important values with reduced freshwater inflows. The future of these and many other salt lakes will be decided over the next several decades as the direct economic value of consumptive uses of fresh water inflows are weighed against the less easily quantified ecosystem goods and services provided by these unique ecosystems.

Robert Jellison conducted his doctoral research on the limnology of hypersaline Mono Lake during an extended period of meromixis. He earned his Ph.D. in limnology at the University of California, Santa Barbara (1992) and continued his studies of Mono Lake as a research associate at the University of California. His saline lake research has ranged from viruses to birds and he has been a leader in illustrating how natural variations in local climate and anthropogenic influences affect the functioning of salt lake ecosystems. He is keenly interested in the scientific management and conservation of salt Lakes worldwide.