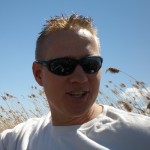 Mercury in the waterfowl (Consumption Advisories)

The Great Salt Lake (GSL) is the fourth largest terminal lake in the world and is an important region for migratory and breeding waterfowl, shorebirds, and other waterbirds. An estimated 12 to 15 million waterbirds utilize the Great Salt Lake (GSL) and its associated wetlands during some portion of their migration each year. Baseline ecotoxicology data was lacking for avian species in this GSL ecosystem. In 2003, the Utah Division of Wildlife Resources (UDWR) discovered high levels of Hg in Common Goldeneye during a food habit study conducted by the Great Salt Lake Ecosystem Program (GSLEP). The Hg concentrations were among the highest or exceeded the highest levels ever reported for common goldeneye or northern shoveler. Concern for these concentrations prompted a subsequent collection of other species of waterfowl to determine the extent of this issue. All species of waterfowl that frequent GSL and are harvested were collected and tested for Hg. The results revealed that 3 species, common goldeneye, northern shoveler and cinnamon teal all had elevated concentrations of Hg in breast tissue. This finding resulted in the first ever consumption advisory issued for waterfowl. It was determined that waterfowl accumulate biologically concerning levels of Hg and further research was needed to evaluate the effects on waterbirds utilizing the GSL. 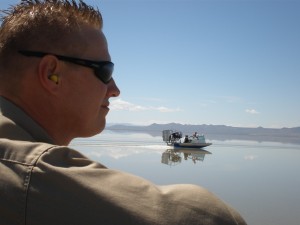 I have been working as a wildlife biologist for the past 17 years. I received a Bachelors degree in Fisheries and Wildlife Biology from Kansas State University in 1991. In 1994, I began working for the Utah Division of Wildlife as a Depredation Technician. I spent five years working at Ogden Bay WMA which was followed by one year at Farmington Bay WMA. After working on the Waterfowl Management Areas, I transferred to Salt Lake in 2003 to become the Avian Biologist for the Great Salt Lake. This position is part of the Great Salt Lake Ecosystem Project (GSLEP) which monitors, manages and performs research on or around the lake in order to preserve the lakes resources. The project focuses mainly on the brine shrimp industry and I coordinated the avian monitoring around the Great Salt Lake. In November 2006, I accepted the Program Manager position for the Great Salt Lake Ecosystem Program. I now oversee the GSLEP and manage four biologists to help preserve the ecosystem on and around the lake. 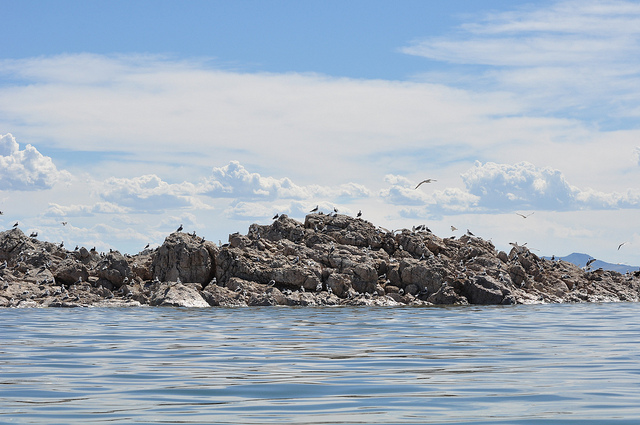