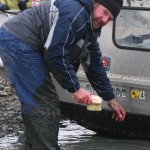 Navigable water bodies, such as Great Salt Lake, are generally protected under both State and Federal laws and any proposal that has the potential to negatively impact the Lake must pass muster with several different agencies. For instance, aspects of Great Salt Lake Minerals’ proposed expansion of 91,000 acres – 80,000 of which would fall within the confines of the Lake – will require approval of at least four separate Utah agencies: the Division of Forestry, Fire & State Lands, the Division of Oil, Gas & Mining, the Division of Water Rights and the Division of Water Quality, and input from several others. Because the mandates of these agencies do not always perfectly align, there can be inherent tension between these agencies as they seek to carry out their mission. Additionally, because Great Salt Lake also falls under the heading of Waters of the United States, the U.S. Army Corps of Engineers must also grant approval of a dredge and fill permit under Section 404 of the Clean Water Act. For a project of this size, the 404 Permit – as it is commonly known – will necessitate that the Corps oversee an Environmental Impact Statement under the National Environmental Policy Act. 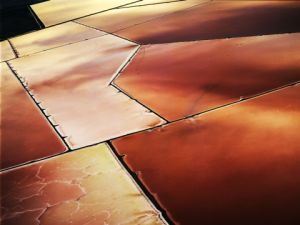 As part of the 404 permitting process, several Federal agencies, such as the Environmental Protection Agency and Fish and Wildlife Service, will serve in the role of Coordinating Agency. In the final analysis, if the EPA strongly disagrees with the Corps’ recommendation to proceed with the permit, it has the legal authority to overrule the Corps and prohibit issuance of the 404 permit. Such a veto, while rare, has happened most recently with a 404 permit involving mountaintop removal in the Appalachian Mountains. This session will give a brief overview of the expansion proposal, will outline each of the laws and agencies involved in any approval process for this project, and will provide a specific focus on the management challenges associated with ensuring that the legal mandates of each of these agencies are met. 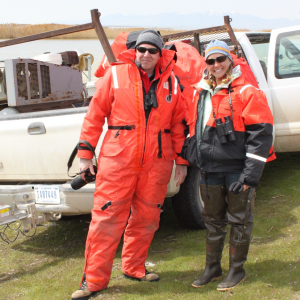 Rob Dubic, President of the Board of Friends of Great Salt Lake.

Besides his work helping protect Great Salt Lake, Rob’s law practice focuses on guarding against impacts from tar sands and oil shale development in the Book Cliffs area, ORV damage in Utah’s National Forests, and industrial air pollution along the Wasatch Front. He also practices before the Utah Public Service Commission, advocating for a move away from coal- fired electric power plants towards energy efficiency and renewable electric generation. Rob is currently President of the Board of Friends of Great Salt Lake.