By Louis Sahagun, Los Angeles Times
June 10, 2012
LONE PINE, Calif. — Los Angeles and the Owens Valley are at war over water again, with the city trying to rework a historic agreement aimed at stopping massive dust storms that have besieged the eastern Sierra Nevada since L.A. opened an aqueduct 99 years ago that drained Owens Lake.The L.A. Department of Water and Power has spent $1.2 billion in accordance with a 1997 agreement to combat the powder-fine dust from a 40-square-mile area of the dry Owens Lake bed. By introducing vegetation, gravel and flooding, the DWP has reduced particle air pollution by 90%.The efforts have brought a measure of peace in the rural valley where people have long had bitter feelings toward Los Angeles, although a noxious reminder of how much work remains to be done rolled over this tourist town on the afternoon of May 25. Fearsome gusts of desert wind kicked up swirling clouds thousands of feet high and so thick that drivers switched on their headlights and pedestrians scurried about with squinting eyes.

Despite the DWP’s efforts, the air quality still doesn’t meet federal pollution standards. So the Great Basin Unified Air Pollution Control District has ordered the DWP to expand its reach to an additional 2.9 square miles of lake bed, including areas so remote and geologically challenging that it could cost the utility as much as $400 million to bring them into compliance with federal health standards.

Water wars have raged over Owens Valley since the early 1900s, when the city had agents pose as farmers and ranchers to buy land and water rights in the valley, then began building the aqueduct to slake the thirst of the growing metropolis more than 200 miles to the south. L.A. diverted so much water via the aqueduct system that it was nearly impossible for local farmers and ranchers to make a living — a scandal dramatized in the classic 1974 film “Chinatown.”

The current standoff is “a rekindling of ‘Chinatown,'” said S. David Freeman, who was general manager of the DWP when it struck the agreement in 1997 and believes it should remain intact.

“We are seeing a fundamental reversal of a decade of relative harmony,” Freeman said. “If the mayor does not want to leave office labeled a polluter, he ought to think twice about that.”

L.A. Mayor Antonio Villaraigosa, who six years ago declared a new era of collaboration with the Owens Valley, declined to comment on the dispute.

The DWP claims that the 1997 agreement contains flaws that set the stage for unforeseen problems and sent costs soaring. For example, the DWP has had to spread more water than anticipated — yearly costs have grown to about $45 million — over portions of lake bed where dust pollution exceeds federal health standards.

The utility also argues that geological reports and newly discovered archaeological sites indicate that the lake was smaller in 1913 — when the aqueduct began taking water south — than outlined in the 1997 agreement. The DWP is responsible for dust arising only from the portions of the lake bed exposed since 1913. The utility says the State Lands Commission should be responsible for rest of the area, which amounts to about 10 square miles.

In addition, the DWP contends that the agreement unreasonably requires it to control all airborne dust over the lake bed, even though some particles might be blown in from nearby sand dunes and other sources.

“We have no intention of walking away from our responsibility for the dust at the dry Owens Lake bed,” Nichols said. “But the reality is that we don’t create all the dust out there, never did.”

The utility has filed an appeal of the air pollution control district’s order with the California Air Resources Board, which will hear the case Friday. The DWP says that if it prevails, the amount of water used for dust control could be cut in half, saving the average ratepayer about $20 a year.

Ted Schade, Great Basin air pollution control officer, said he understands the desire to save money in a tough economy. But the federal Clean Air Act does not say that “close to completion” is good enough, he said.

“The DWP is responsible for controlling the lake bed that is exposed today because of their ongoing water diversions,” he said. In addition, state-approved procedures require Great Basin to identify and order treatment of areas that fail to meet federal particulate standards.

Schade conceded that some dust does come from other sources, but he said “they are a small fraction of the dust that comes off the Owens Lake bed.”

Environmentalists have a stake in the outcome. A master plan for the lake bed calls for environmentally sensitive flooding strategies, but the plan is on hold until the current dispute is resolved, DWP officials said. Thousands of migrating waterfowl and shorebirds roost on portions of the flooded lake bed. 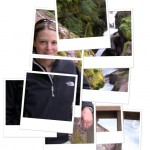 Download all Issues Forum speakers’ biographies and photographs in a single zip file on this page: 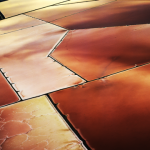 Due to high water levels, the Friday Post-Forum field trip to the Spiral Jetty will be rescheduled for Fall 2012. Please contact Heidi Nedreberg at heidi.nedreberg@gmail.comfor more information