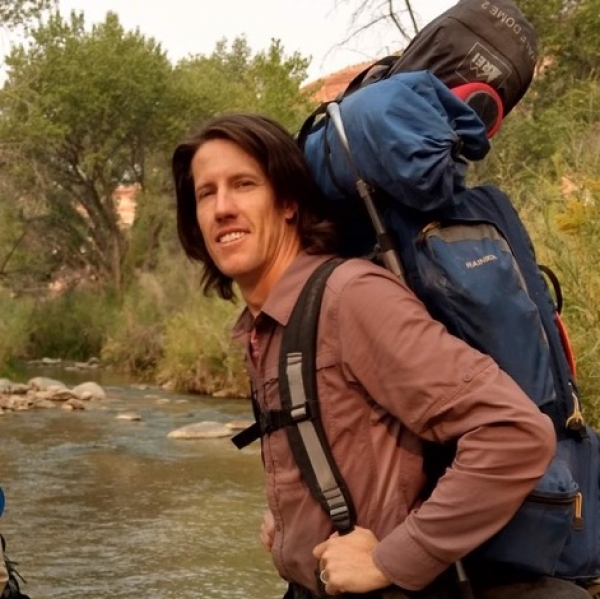 Phil Brown has a background in limnology. He graduated with a B.S. in Watershed Sciences from Utah State University, where he had the opportunity to work for Wayne Wurtsbaugh in the disparate ecosystems of the Sawtooth Mountains and Great Salt Lake and gain an appreciation for the diversity in aquatic systems. He graduated from Oregon State University with a M.S. in Fisheries Science studying the effects of agricultural water withdrawals on river invertebrates, before making the jump to hypersaline. He has been involved in the Great Salt Lake ecosystem and Artemia population monitoring since 2008, first as a biologist for the DWR Great Salt Lake Ecosystem Program, and currently with the Great Salt Lake Brine Shrimp Cooperative where he is involved in the long term population monitoring of the Artemia population, nutrients, phytoplankton, and examination of the lake’s deep brine layer. He has dragged his young twins to the shores of Sawtooth Mountain lakes and Great Salt Lake, where they remarked that “This one’s too cold” and “This one burns my feet”—and thereby seem to be gaining their own appreciation for the diversity of aquatic ecosystems.

Abstract: The Union Pacific railroad causeway separating Gunnison and Gilbert bays has been a primary driver of salt distribution within Great Salt Lake for six decades, but the degree of connectivity between bays has varied with condition of the culverts.  he opening of the new causeway bridge in 2016 increased flow between the bays and was predicted to raise Gilbert Bay salinities at a given elevation. However, three years after the bridge opening, salinities remain lower than both model predictions and salinities at similar elevations prior to 2013 and 2014 culvert closures. The control berm within the new breach can be modified to alter the salt flow between bays in an adaptive management approach, but the current low salinities suggest a considerable lag time between berm modification and changes in Gilbert Bay. The Gilbert Bay aquatic ecosystem is sensitive to salinity changes, particularly once thresholds have been crossed, and the observed lag therefore has important implications for any future berm adjustments.

The delay in salinity response raises questions about the salt loading rate into Gilbert Bay via the deep brine layer (DBL) created by the causeway breach. The closure of the culverts provided an opportunity to estimate DBL erosion rate into the epilimnion from our measurements of salinity and DBL depth during a rare period in which nearly all Gunnison Bay inflow to Gilbert Bay had halted. We present our estimates of salt contribution rates into the epilimnion from the eroding DBL during this period, and recognize the importance of upcoming work by USGS scientists that will help address the question of Gilbert Bay salt loading rates that may become important in the adaptive management of the causeway berm.