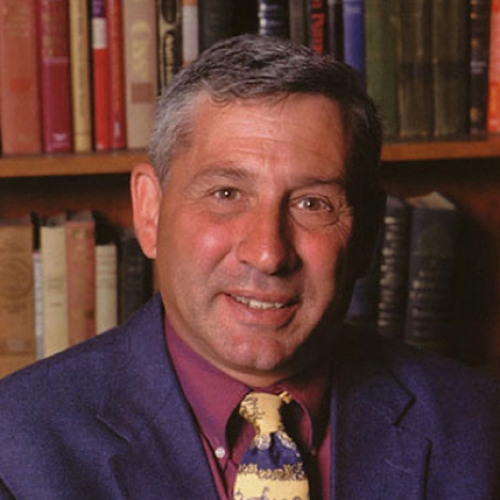 Gary E. Belovsky is a Professor in the Department of Biological Sciences at the University of Notre Dame. He earned a B.B.A. from Universtiy of Notre Dame, an M.F.S from Yale University, and a Ph.D from Harvard University. His post-doctoral appointments include Harvard Society of Fellows and University of Washington. He's held faculty positons in the School of Natural Resources & Departement of Biology at University of Michigan, the Department of Zoology at University of New South Wales (Austrailia), the Department of Fisheries & Wildlife at Utah State University, and as Gillen Director of the University of Notre Dame Environmental Research Center. Dr. Belovsky has conducted research at the National Bison Range in Montana since 1978 where he studies grassland, herbivore and predator ecology, especially for grasshoppers and birds, has been monitored and experimentally studied to understand ecosystem dynamics and the effects of climate change. Dr. Belovsky has worked on Great Salt Lake research since 1995. He works with UDWR’s Great Salt Lake Ecosystem Project, phytoplankton, microbialite, brine shrimp and brine fly larval biology have been experimentally studied and compared with lake observations. This has led to a synthesis of the lake’s pelagic ecosystem that was published in 2011, and development of a brine shrimp cyst harvesting model for UDWR management that was published in 2019. Since starting these studies, the ultimate goal was to develop a Great Salt Lake ecosystem model that could be employed to address lake management in the face of changing climate, water use, industrialization, agriculture and urbanization. Completion of the pelagic portion of the model is nearly complete.

Title: Why is salinity important to Great Salt Lake’s ecosystem?

Abstract: When we refer to hypersaline lakes, like Great Salt Lake, as extreme environments, a common perception is that salinity is the driving factor for the biota. However, for biota adapted to living there, the environment is not stressful; in fact, freshwater would be stressful, and of course there is some critical upper salinity limit as experienced by many Great Salt Lake species in the salt-saturated north arm of the lake. Therefore, attempting to correlate changes in lake salinity with ecological changes in the lake may be misleading.

This is not to say that salinity has no effect, but it may not be the most important factor. Indeed, in controlled laboratory experiments, amount and types of food/nutrients and temperature are far more important to the biota than salinity, and salinity simply modifies these more important relationships. In fact, the interaction between salinity with temperature is particularly important, as salinity becomes more important at higher temperatures within ranges already observed in the lake.

An ecosystem model of Great Salt Lake is being developed to consider these interactions, and some unanticipated forecasts for climate change emerge.