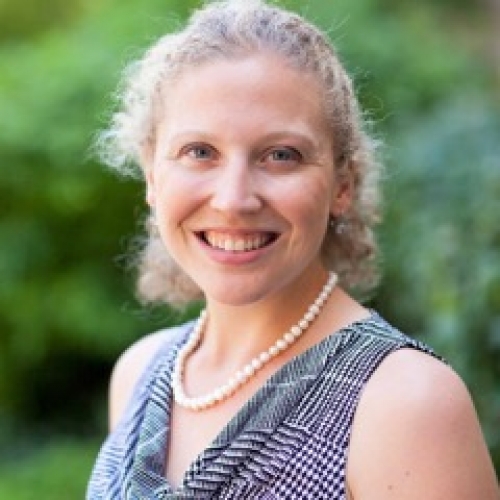 Kate Barrett is a 4th year PhD candidate in Dr. Gary Belovsky’s Lab at the University of Notre Dame. Kate earned her Master’s in Environmental Science & Biology from The College at Brockport, State University of New York in 2015. Since graduating from Brockport, she has developed a passion for the benthos, the very bottom of aquatic food webs where abundant algae and invertebrates thrive. When she first visited Great Salt Lake in August 2016, she became intrigued by the coral-like structures that were visible from Antelope Island: the microbialites. Since her first exposure to microbialites, combined with concern over the future of GSL with climate change, she studies how microbialite-associated primary producers and non-producers respond to changes in environmental factors, such as temperature and salinity. She is also interested in how changes occurring at the microbialite level impact the rest of the food web, such as brine fly larvae and brine shrimp, which appear to feed on microbialite algae in the mid-summer months. These research projects fit within a broader research theme of linkages among food webs, and how benthic resources can be important to sustaining the rest of the food web. In her spare time, Kate enjoys creative writing, and is an avid runner and kickboxer.

Abstract: Benthic primary production is increasingly recognized as an important component of lake food webs. Great Salt Lake (GSL) hosts one of the most unique benthic environments in the world: microbialites, carbonate structures formed by bacteria and algae, covering nearly 750 km-2 of the South Arm. Microbialites provide food sources and attachment surfaces for brine fly larvae, and they likely serve as a mid-summer food source for brine shrimp when phytoplankton abundance is low. However, little is known how fluctuations in salinity, temperature, and nutrients impact microbialite primary producer abundance and community composition. This is important, as changes in microbialites impact brine fly larvae and shrimp. We conducted laboratory studies that show microbialite primary producer abundance is strongly impacted by combined effects of temperature, nutrients, and salinity, with highest production occurring at high nutrient levels and intermediate temperature and salinity. DNA sequencing of laboratory-grown microbialite communities suggests that while changes in salinity and temperature within the range typically encountered in GSL have an effect on primary production, the overall composition of these communities exhibits little change. To address how microbialite dynamics affect primary consumers, we present how brine fly larvae and brine shrimp are impacted when fed varying amounts of algae under a range of temperatures and salinities. These laboratory observations are then integrated with field observations of seasonal microbialite communities, brine fly larval densities, and brine shrimp stable isotope signatures of seasonal contributions of benthic and pelagic food sources. This research shows that microbialites are an important component of the GSL food web and that ongoing field and lab studies will further elucidate how these communities respond to changing abiotic conditions, which may be exacerbated in the future with climate change.