NYT: Seeking the Source of the Vanishing Great Salt Lake

The Great Salt Lake in Utah is roughly the same area as 75 Manhattans. It feeds and houses millions of birds of hundreds of species, provides the namesake of Utah’s capital city and some credit it for the state’s trademarked claim to “the greatest snow on earth.”

Since 1847, the volume of water in the lake has dropped nearly 50 percent. More recently, the change has been so dramatic, you can see it from space. In 2016, the Great Salt Lake reached its lowest levels in recorded history.

“Do we want to in 50 years change the name of our city to Salt City because the lake has gone away?” asked Wayne A. Wurtsbaugh, a retired aquatic ecologist at Utah State University.

He and his colleagues reported in an analysis published in Nature Geoscience last month that human consumption — not seasonal fluctuations or climate change — is primarily to blame for the Great Salt Lake’s desiccation. They hope that creating a better understanding of water flowing into and out of the lake may serve as a model for managing salt lakes that face similar threats. 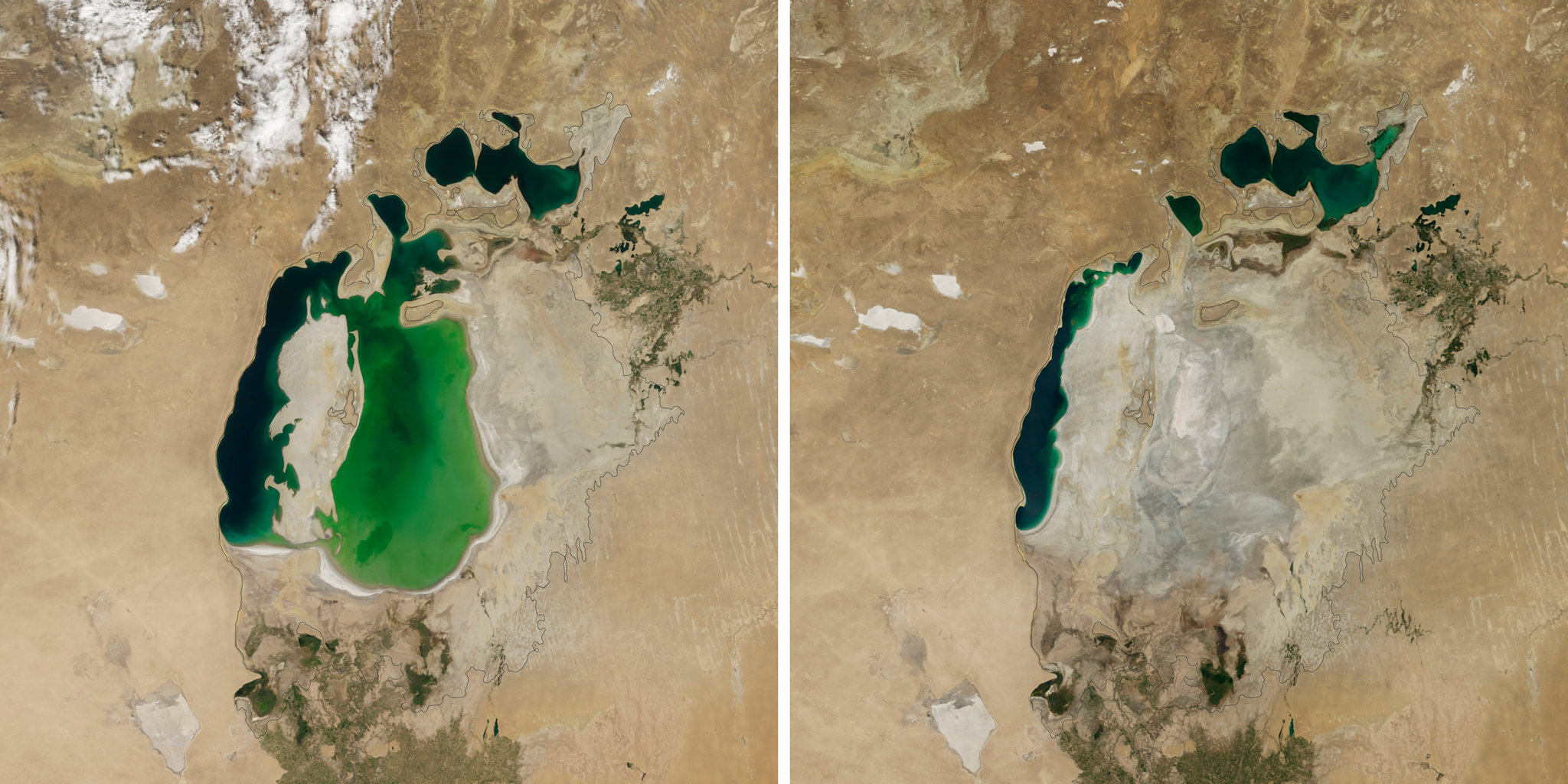 Satellite images showing the Aral Sea, which crosses the borders of Kazakhstan and Uzbekistan, in 2000, left, and again in 2014. CreditNASA Earth Observatory

The near collapse of salt lakes in places like Central Asia’s Aral Sea, Iran’s Lake Urmia and California’s Salton Sea deprived local environments of natural filtration systems, wildlife habitats and opportunities for human use. Left behind were dust storms that threaten human health and agricultural fields.

In the case of the Great Salt Lake, the researchers warn that another 30 square miles of lake bed could be exposed in the next 30 to 50 years if planned development and overuse continue.

“Before we did this analysis people were just saying, ‘Oh the lake goes up; the lake goes down,’ ” Dr. Wurtsbaugh said. But natural variability in water levels and climate change are no longer excuses for inaction, he and his colleagues write.

When the researchers looked at historical data, they saw no trends in water level fluctuations. But development and water diversion since the mid-19th century have consistently reduced water entering the lake. Agriculture — including the use of water for alfalfa, pasture, hay, grain and corn — caused a significant loss.

Reliance on the lake’s waters by a growing population in recent years has been pushing the lake to its tipping point. 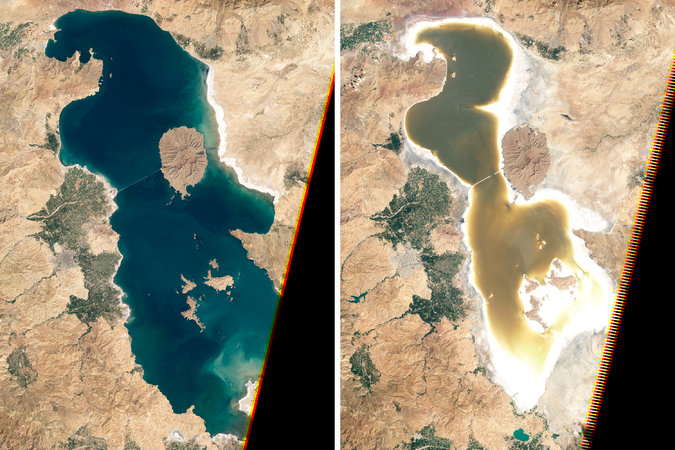 To save bodies of water like Great Salt Lake, reducing consumption will be critical in arid basins, the authors argue. They recommend a careful analysis of how lake water is moving in and out of lake systems to identify distinct sources of declines, as they have with Great Salt Lake. Doing so will help regulators better weigh trade-offs between water use and maintaining lakes at sustainable levels.

These trade-offs have become apparent in previous approaches to preserving saline lakes. The Russian government built a $106 million dike in 2005 that sealed off the Aral Sea, which had been drying up because of agriculture. While this replaced a collapsed fishing industry with a smaller one, the Aral Sea is just 5 percent of the size it once was, and dust storms continue to be a problem.

An existing rail causeway dividing Great Salt Lake could similarly be used to manage lake levels. And continuing to divert water from the Colorado River Basin offers another potential solution, but not without costs.

Water conservation could also help. It worked to save Mono Lake in California. And in Tucson, Ariz., another arid basin, water collection, rock gardens with fewer plants and drip irrigation have significantly cut water use.

More in this category: Bear River Commission Public Hearing Join us for our Holiday Open House