Max describes his piece as:

"This series of images incorporates integrated diagrammatic and cartographic representations of space with counterpointing, two-dimensional, photographical perspectives. These artistic works investigate the Great Salt Lake, a slivered apparition of water to the west, an ethereal, saline landscape. The lake is a fluctuating micro-climate of water, salt, mud, rocks, crystals and wildlife.
These emulsion lifts are created by submerging the film in water after the exposure. Water bleeds into the film and the emulsion separates itself from the chemical backing and protective plastic window of the film. The emulsion floats in the water separated entirely from its protective casings, waiting to be absorbed onto another surface."

His piece will be on display until October 15th at the George S. & Dolores Dore Eccles Art Gallery 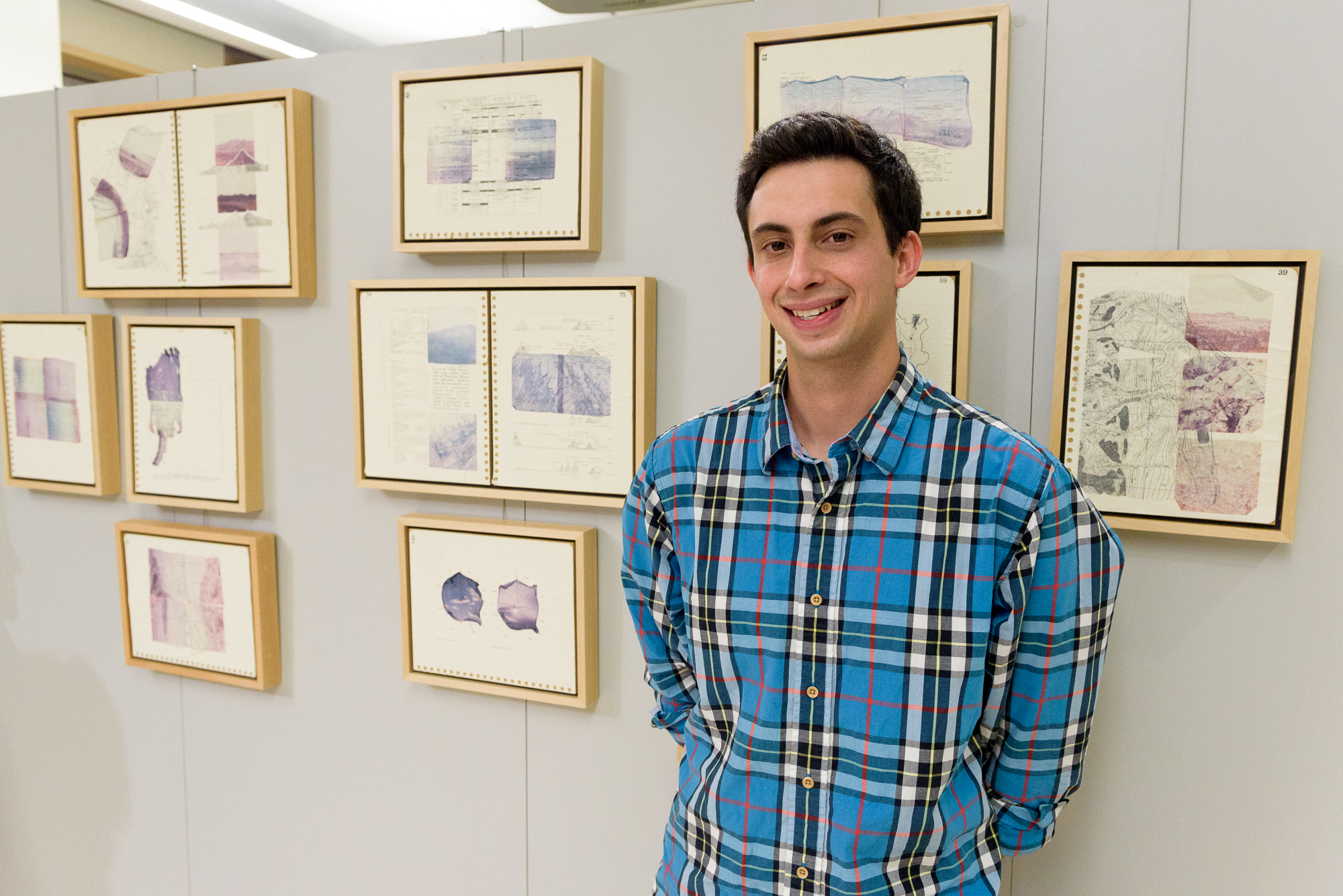 More in this category: What does a Win-Win-Win for improving air quality in Utah look like? 2015 Fall Fundraiser Video, Protection Through Partnerships